Bonita Springs Homes for Sale: Whether you've already decided to buy one of the luxury waterfront  homes or on Hickory Blvd, Bonita’s luxury beach mile, or if you’re still scouting Southwest Florida, you have found the best place to learn about buying luxury real estate in Bonita Springs.

Bonita Springs is a renowned luxury second home destination so many buyers and sellers of upscale real estate are not physically located in Southwest Florida for the duration of the home buying process. I am specialized in representing absentee high end buyers from contract through closing. You will be represented beyond the contract negotiation, through the inspection and due diligence process and beyond.  I even offer complementary referrals to dependable vendors you may need after closing so you can turn your new house into your dream home. If you need a personal decorator or your property manager who manages your dream home in Bonita Springs in your absentee. I will recommend the right service for your dream house.

Sign up to begin your search for luxury Bonita Springs homes with our Makler Datenbank, which you can adjust at any time or if prefer to start your real estate search with a real person and a real professional, please feel free to call or email me directly.

In the middle of the city is the Imperial River, adding to the appeal for boaters and anglers. The sand dunes and beaches of the Gulf of Mexico hug the area’s western boundary. 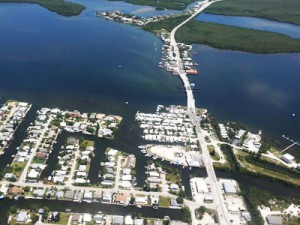 Thousands of Calusa Indians were here when the Spanish came in 1539 looking for the Fountain of Youth. Within a couple of centuries, the once mighty Calusa Chiefdom was decimated by European diseases and slave trading. The few survivors moved to the Florida Keys and on to Cuba. Some may have been assimilated into Seminole tribes taken refuge in South Florida.
In the 1870's, government surveyors in a remote part of Southwest Florida pitched camp along the Imperial River. After the crew left, the site became known as Survey. The stream became known as Surveyor's Creek.

During the next decade only a few homesteaders moved in the area. In 1887 a small, thatched-roof, log-walled public school was built. In the late 1880's the population of the area more than doubled when Braxton B. Comer bought 6000 acres of land around Survey. In 1888 he imported 50 Negro families from Alabama with mules and equipment to work his large plantation growing pineapples, bananas, coconuts and other kinds of fruit. Once here, they stayed in the old Surveyor's camp and called their new home Survey.

The next ten years saw a boom in the planting of citrus groves. And within a few years, Survey developed from a scattering of homesteaders into a community. In 1901, a Post Office was opened in the town of Survey, in 1910 the frame two story, Eagle Hotel was in business catering to visitors attracted to the unspoiled area's bounty of hunting and fishing. By 1912, there were 70 students from 20 families enrolled in public schools.

Also in 1912, a Tennessean named Ragsdale along with a group of investors purchased 2400 acres around Survey. He and his associate, Dan Farnsworth, surveyed the area and laid out a small town with streets and avenues named for potential buyers. The developers decided that the name, Survey, lacked sales appeal, so the town was renamed Bonita Springs; Indian Spring Branch became the Oak River; and Surveyor's Creek was renamed to the Imperial River.

At this time, transportation was still mainly by Boat. In 1917, a barely passable road was completed between Fort Myers and Bonita Springs. In the early 1920's, Barron Collier, wanting to expand his empire, had extended his Fort Myers-Southern Railroad south to include Bonita Springs in 1925. This along with the completion of the new Tamiami Trail in 1928, brought another land boom to the area. Also one more pioneer disappeared when Fiddler-ville, so called for its millions of tiny fiddler crabs became Bonita Beach. During this same period, Bonita Springs was briefly incorporated, churches were built, saw mills flourished, there were two hotels and the Banyan tree on old 41 was planted.

Attractions also helped bring more visitors to Bonita Springs. In 1936, the Piper brothers, Bill and Lester, built an attraction displaying alligators, cougars, other wild animals and native plants. The attraction was called the Everglades Wonder Gardens. Today the gardens are one of Bonita's largest attractions. A Canadian, Harold Crant, saw the millions of shells lying, free for the taking, knee-deep in brilliantly colored windrows along the beaches and opened the Shell Factory in 1938. The factory burned down on New Year’s Eve in 1952. It was later rebuilt in North Fort Myers.

Bonita remained a quiet small town for the next three decades. But, as the years passed, the rush to build was about to start. With the development of air conditioning and the opening of I-75 and the US 41 bypass, access to the area brought shopping malls, modern office facilities and golf courses into the area. Today, Bonita Springs is an attractive affluent area with beautiful beaches, find restaurants, excellent recreational facilities and beautiful homes. It's hard to realize that, a little more than three generations ago, the roots of this thriving community were a scattering of homesteaders' shacks by a creek in the back of nowhere - a place called Survey.